Just after we started vacation in Portugal I read this story and heard about people freaking out about roundabouts. People just don't like them. For years this has baffled me, and I think I finally figured out the reason why. When people here roundabout, their minds go to this. 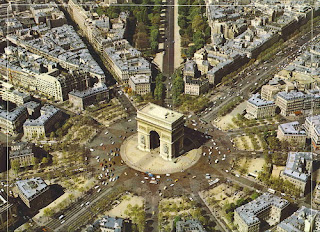 Look, this advanced madness roundabout theory. Only crazy people design them and utter lunatics attempt to drive them. If the first time you've ever come up to a roundabout and it looks like this, just hit the brakes, park the car, get out and go "nope" as you walk away. Most of the local drivers will probably thank you. 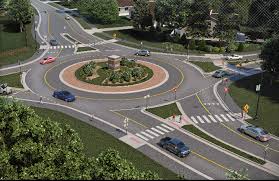 These are dead simple to navigate. You come up to it, and glance left. If there's a vehicle coming, you yield. If not, head on out, loop around the circle until you come to your exit, then turn off.

I mention this because for two weeks while we were in Portugal we rented a car (a slightly infamous Volkswagen Pony, which was in the middle of their diesel fuel scandal). I drove through hundreds of roundabouts. I'm not kidding. I put over a thousand kilometres on that car, drove all around the Algarve, and over to Seville in Spain. Hundreds of them. And 99% of them looked like the second roundabout. I ran into maybe a half dozen that were slightly more complex, but still easy to manage.

And look, Google Maps is your friend on these things. "At the roundabout, take the third exit." Ok, don't mind if I do. And if you miss you turn, well, you just keep going around until you find it. Ta da.

And what was the benefit? Traffic flowed. I'm not kidding. We encountered two traffic snarls on the entire trip. One was getting near Gibraltar, and the other leaving the Capo de Sao Vicente lighthouse after sunset. And those were extraordinary circumstances.

It was to the point that on the rare occasion we encountered a traffic light I was actively annoyed. It always significantly slowed down traffic (not helping is that I have the worst luck with traffic lights you've ever seen. I can hit five in a row at 3 am with no traffic on the road).

Look, I've driven roundabouts in Australia. You want freaked out, try hitting three roundabouts in a row less than 10 minutes after you've started in your first left-hand drive car. Did not die. Managed it just fine.

So yes, I'm all in favour of more roundabouts in St. John's. Hell, Iqaluit is getting to the point where there are a couple of intersections that could use them. Build them. Put some nice local landscaping in the middle to pretty it up. Maybe put up a non-offensive statue of some kind.

You drive these things enough and you realize what a pain in the ass most traffic lights are. Europe has the right idea...

Posted by towniebastard at 2:43 pm No comments: